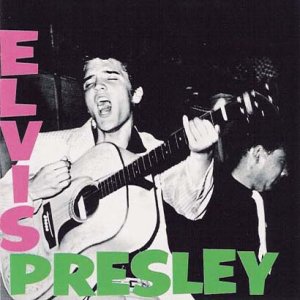 The Elvis Jukebox
Songs that inspired the King and gave birth to rock 'n' roll.
​
Stories about Elvis Presley abound . . . but nobody has heard this!

In 1968, Elvis Presley gave right hand man and legendary guitarist Scotty Moore his personal collection of 78 RPM records. Embedded in those grooves were songs that changed the course of music history.

“Shake Rattle Roll,” “Hound Dog,” “I Got A Woman,” and “Blue Suede Shoes” are just a few of the post-war R&B, gospel, and country songs the young Elvis listened to and collected before he ever performed them himself.

The tunes in the collection—by Joe Turner, Big Mama Thornton, Ray Charles, Fats Domino, Roy Brown, Carl Perkins, and Hank Snow, the undisputed progenitors of rock ‘n’ roll—were later "covered" by Elvis who took them to the stratosphere as number one hits.

Needless to say, this treasure trove of American roots music had an enormous effect on the young man from Tupelo, Mississippi and, through him, a generation of teenagers who couldn't get enough of the unbridled, gyrating singer and Scotty Moore's high-octane guitar riffs.

​For almost 50 years, Scotty Moore guarded Elvis' records like a rare treasure. Now, for the very first time, the needle will drop into those hallowed grooves and the clock will rewind back to the golden age of rock ‘n’ roll, when a desperado young performer burst into America's living rooms.

By playing an Elvis hit alongside its source, the program will illustrate how Elvis transformed these rhythm & blues and country melodies into immortal rock 'n' roll classics.

Guitarist Scotty Moore saw it all from six feet away. He spins the actual 78 RPM records in his Nashville home studio and tells the fascinating behind-the-scenes tales of how the tunes were chosen, arranged, and recorded, and what it was like to be there when rock 'n' roll—the great American cultural invention—was born.